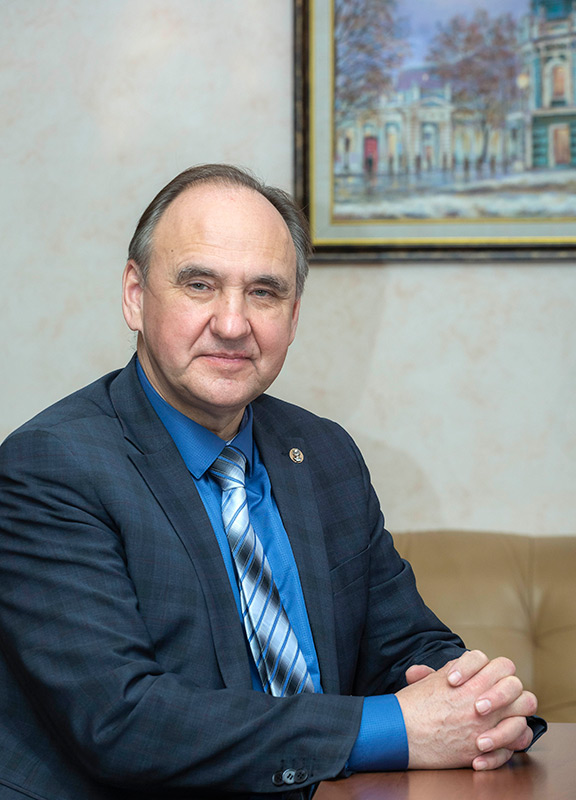 Igor Vyacheslavovich Bychkov was elected Director of Irkutsk Division of Siberian Branch of RAS at the Academic assembly of Irkutsk branch of SB RAS on 19 December 2019.

I.V. Bychkov is a well-known specialist in the field of information and telecommunication technologies. He graduated from the Faculty of Mathematics at A.A. Zhdanov Irkutsk State University with a degree in Applied Mathematics in 1983. He received his PhD in 1991 and his doctorate in 2003. In 2008, he was elected Corresponding Member of the Russian Academy of Sciences in the Nanotechnology and Information Technology Department, since 2011 – Member of the Russian Academy of Sciences.

Igor Bychkov is currently a vice-president on science at SB RAS, member of Presidium of SB RAS, member of editorial boards of several journals, scientific councils and commissions of RAS and SB RAS, 3 dissertation councils, Coordination Council on Informatization at the Government of Irkutsk region, Deputy Chairman of the Coordination Scientific Council at the Governor of Irkutsk region, expert of Russian Foundation for Fundamental Research, Russian Science Foundation, RAS.